U.S. to Phase Out Use of Private Prisons for Federal Inmates 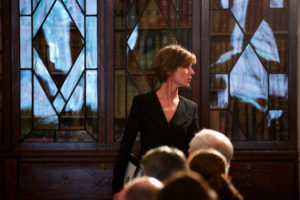 WASHINGTON — The Obama administration said on Thursday that it would begin to phase out the use of private for-profit prisons to house federal inmates. The Bureau of Prisons had resorted to such prisons to ease overcrowding as the incarceration rate soared, but the number of federal inmates has been dropping since 2013.

That led to a huge increase in incarceration rates; at the federal level, the inmate population swelled nearly 800 percent from 1980 to 2013, when it peaked at 220,000. As crime rates have now fallen to or near four-decade lows, political leaders at the state and federal levels and some focused on the cost to taxpayers, some on human costs have increasingly agreed that too many people are behind bars.

“This is the first step in the process of reducing — and ultimately ending — our use of privately operated prisons,” Ms. Yates wrote in a blog post published on the Justice Department’s website, adding that the steps put the department “on a path to ensure that all federal inmates are ultimately housed at bureau facilities.”

Publicado en Duda razonable | Comments Off on U.S. to Phase Out Use of Private Prisons for Federal Inmates